The Naval Technical Museum of the Italian Navy is located in La Spezia.
La Spezia is the most important of the Italian naval museums and, although it has been here for just over a century, it has much older origins

The Naval Technical Museum of the Italian Navy is based in La Spezia.

La Spezia is the most important of the Italian naval museums and, although it has been here for just over a century, it has much older origins.

STRUCTURE
Located next to the main access portal to the military Arsenal, it has been here since 1958. Previously it was located in the mechanical workshops inside the military establishment (it was inaugurated in 1923, together with the Naval History Museum of Venice).

After the national unity and the merger of the various Italian navies and that of the Sardinian state, further enrichments of the collection flowed into Genoa, where the museum remained for 55 years, until 1870, which saw the transfer, by Cavour’s decision, of the base of the Marina with all its services, including the Naval Museum, in La Spezia, which has become the seat of the First Military Maritime Department.

During the Second World War there were many losses of precious materials due to bombing.
The museum was restored in 1958 and placed in the rooms that currently house it, next to the main door of the arsenal.

THE COLLECTION
A room dedicated to naval evolution houses a valuable collection of scale models of naval vessels from Italian states reminiscent of the times of sailing, as well as models of almost all the main Italian units launched between 1860 and 1910 in the Arsenale of La Spezia. , and those of Italian ships of the Second World War.

Among the oldest relics is a collection of figureheads that belonged to vessels of the fifteenth, sixteenth and seventeenth centuries. Among these, the mysterious female wooden sculpture, called Atalanta, recovered in 1866 from the waters of the Atlantic Ocean, deserves mention and is believed to bewitch those who look at it for too long with its disturbing charm.

The assault vehicle room collects extensive documentation. The first finds, dating back to the First World War, are the remains of the Grillo (model of the MAS 15) and a prototype of the bomb with which Rossetti and Paolucci sank the Austrian battleship Viribus Unitis in the port of Pola on 1 November 1918.

Furthermore, the prototype of the self-propelled torpedo of Tesei and Toschi (better known as Maiale), as well as the Barchini, other assault vehicles, which testify the activity, born in La Spezia, of the “Assault vehicle group” during the Second World War.

The underwater weapons room follows the evolution of the torpedo, starting from the prototype used by the Navy in 1875 to the various types used in the first and second world wars. The evolution of underwater mines is testified by the presence of original specimens used during the world wars.

Finally, the room dedicated to ancient weapons houses, among others, two Moorish guns from the 16th century, a Turkish cannon from 1521, two small bombards from 1784, a 10-barrel Gatling gun from the beginning of the century, originally used by the Boxers. There are also two cases of small arms used in the Italian-Turkish war and in the First World War.

Finally, of particular interest is the photographic documentation on Guglielmo Marconi’s first experiments with mobile receiving stations at the end of the 19th century.

In the internal garden of the Naval Museum are exhibited the bronze monument of Costanzo Ciano, the work of the sculptor Francesco Messina (1940), a propeller from the battleship Vittorio Veneto and a part of the hull of Marconi’s Elettra ship. 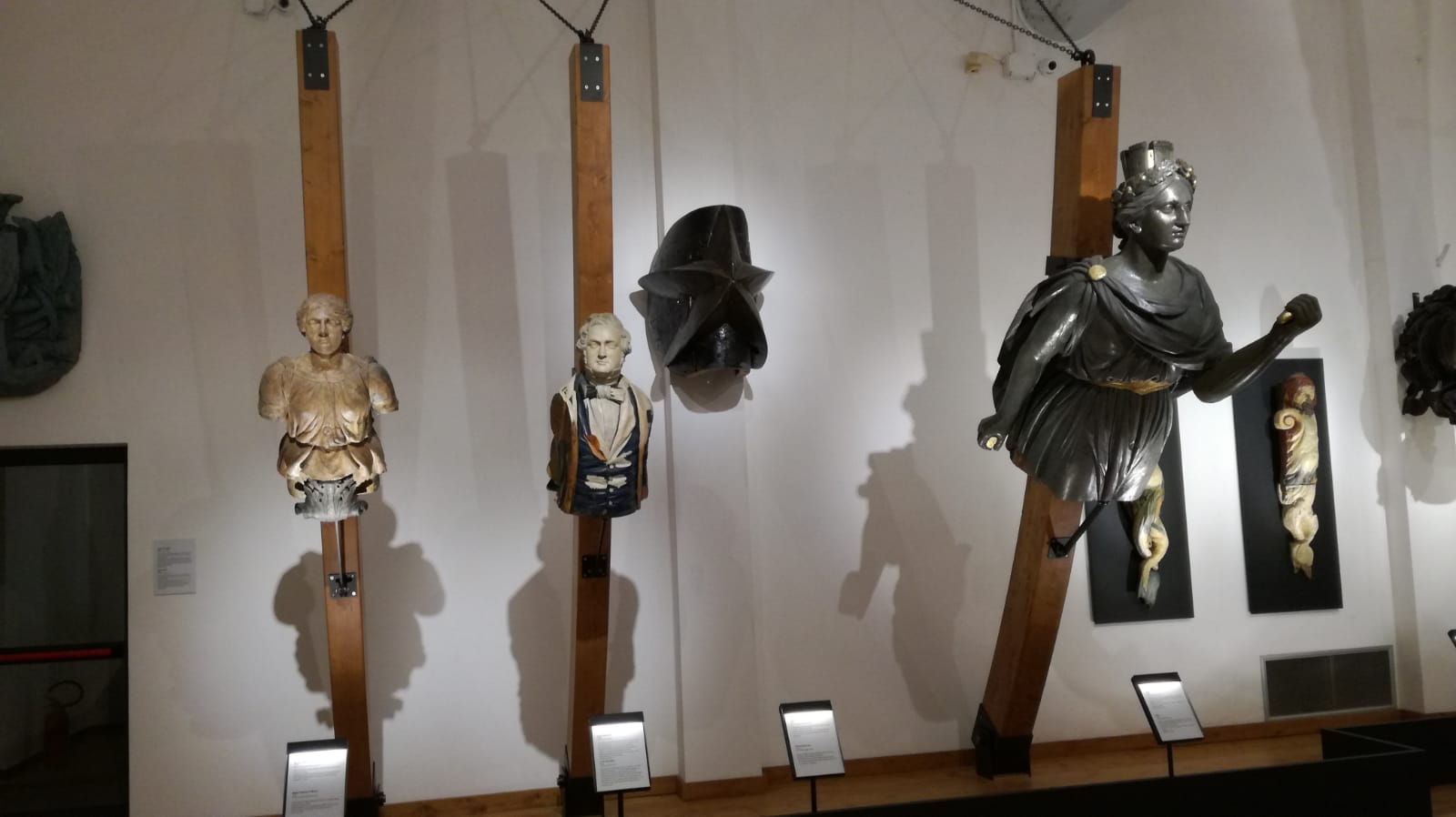 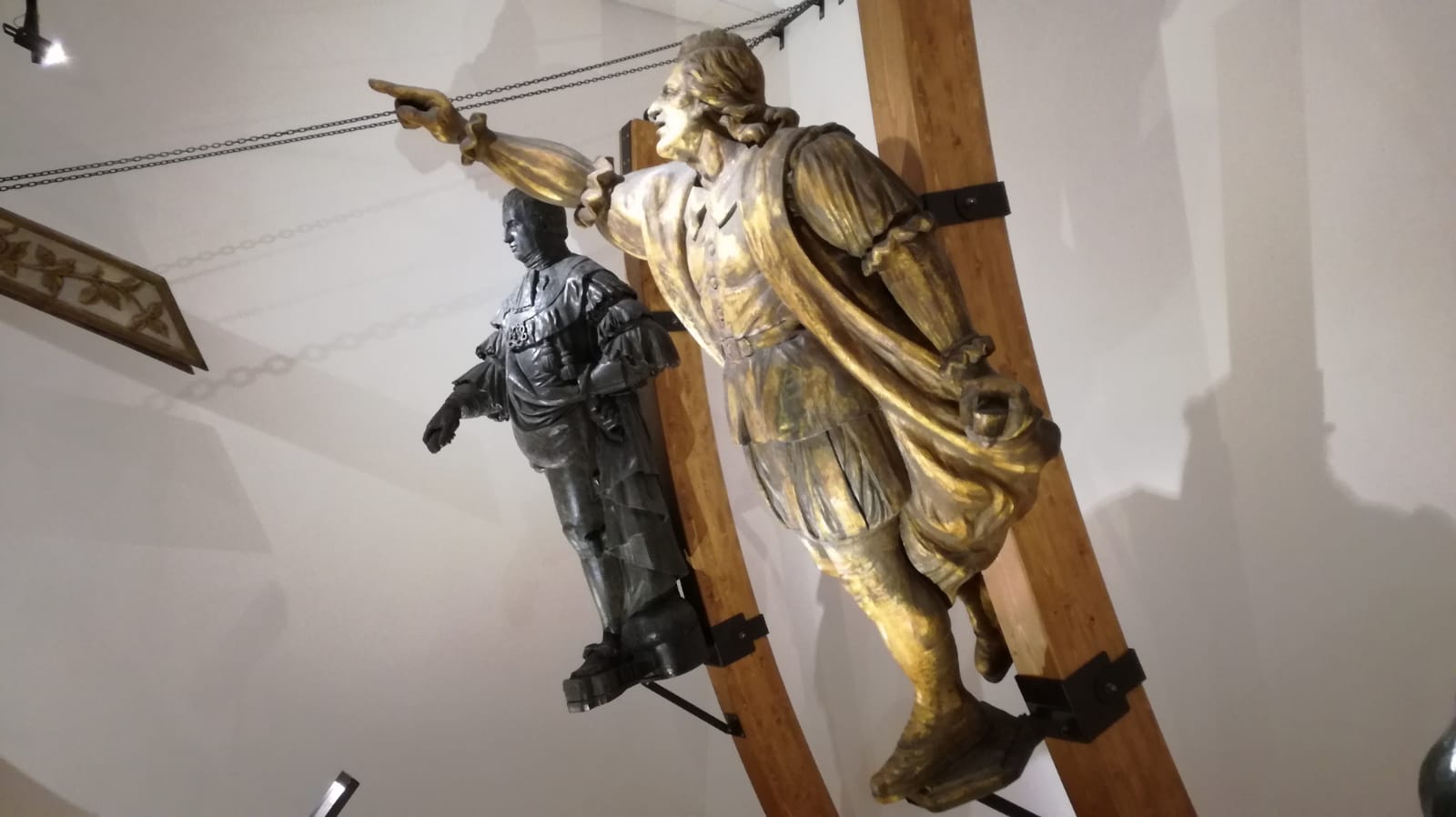 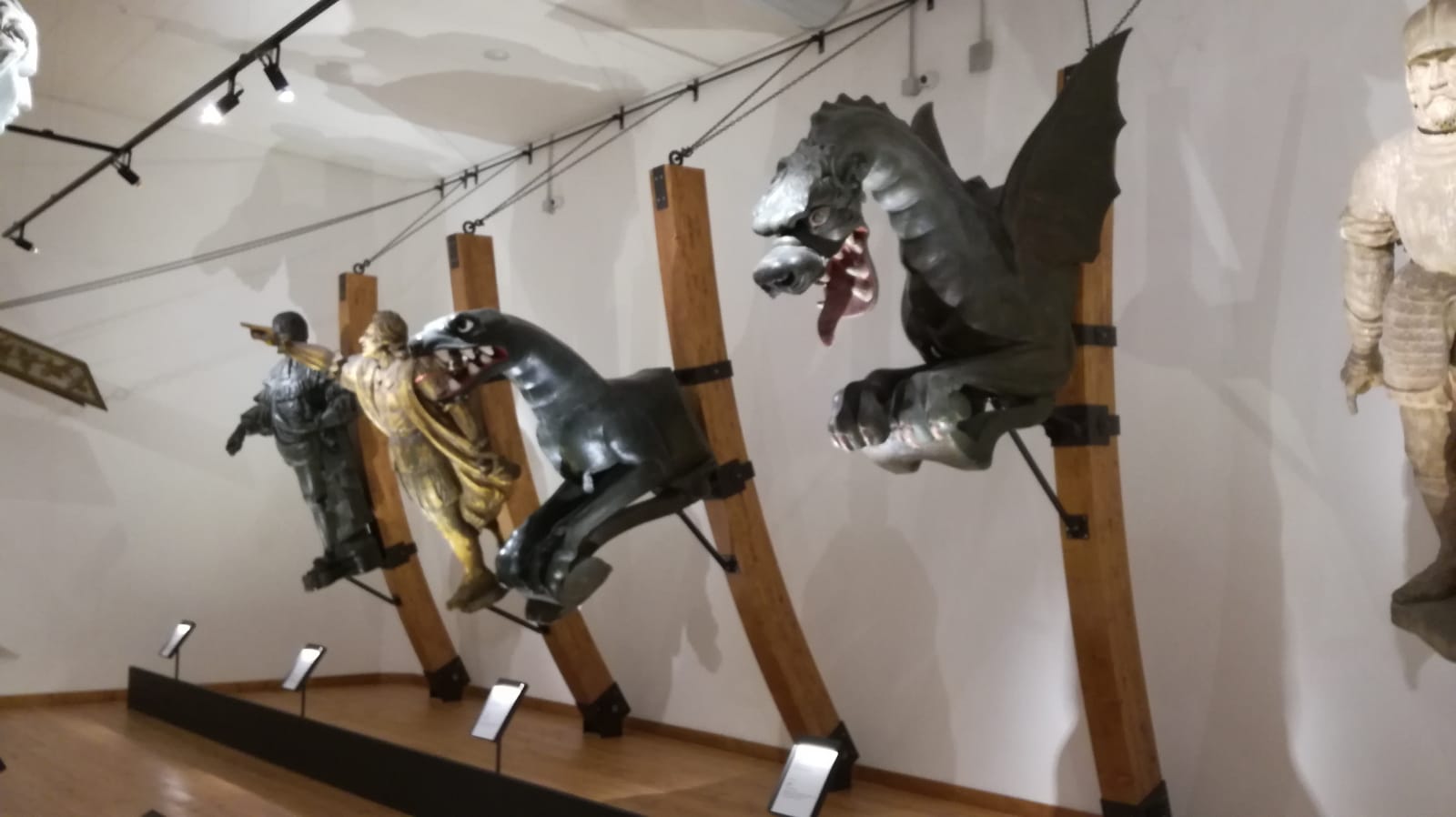 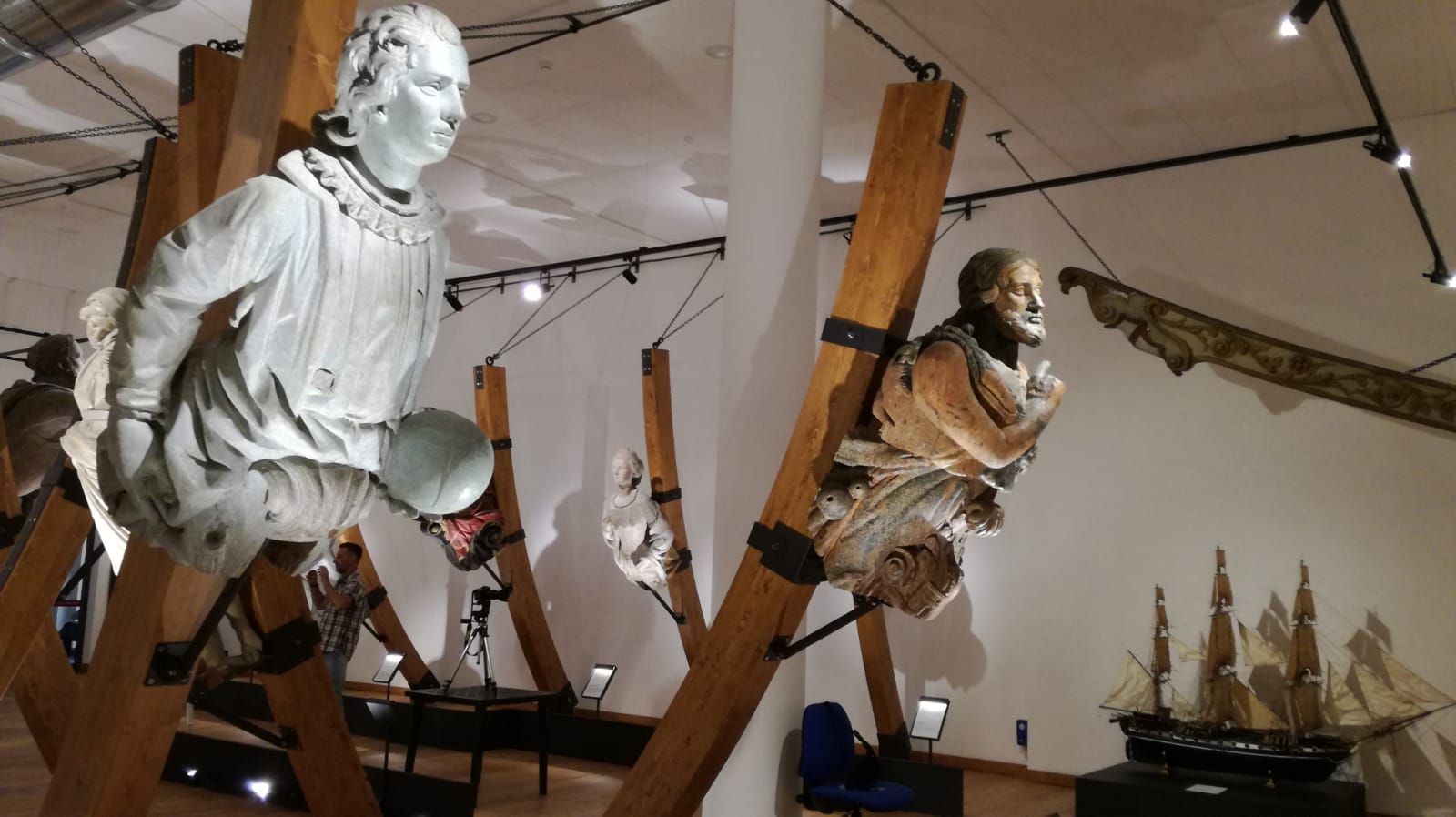 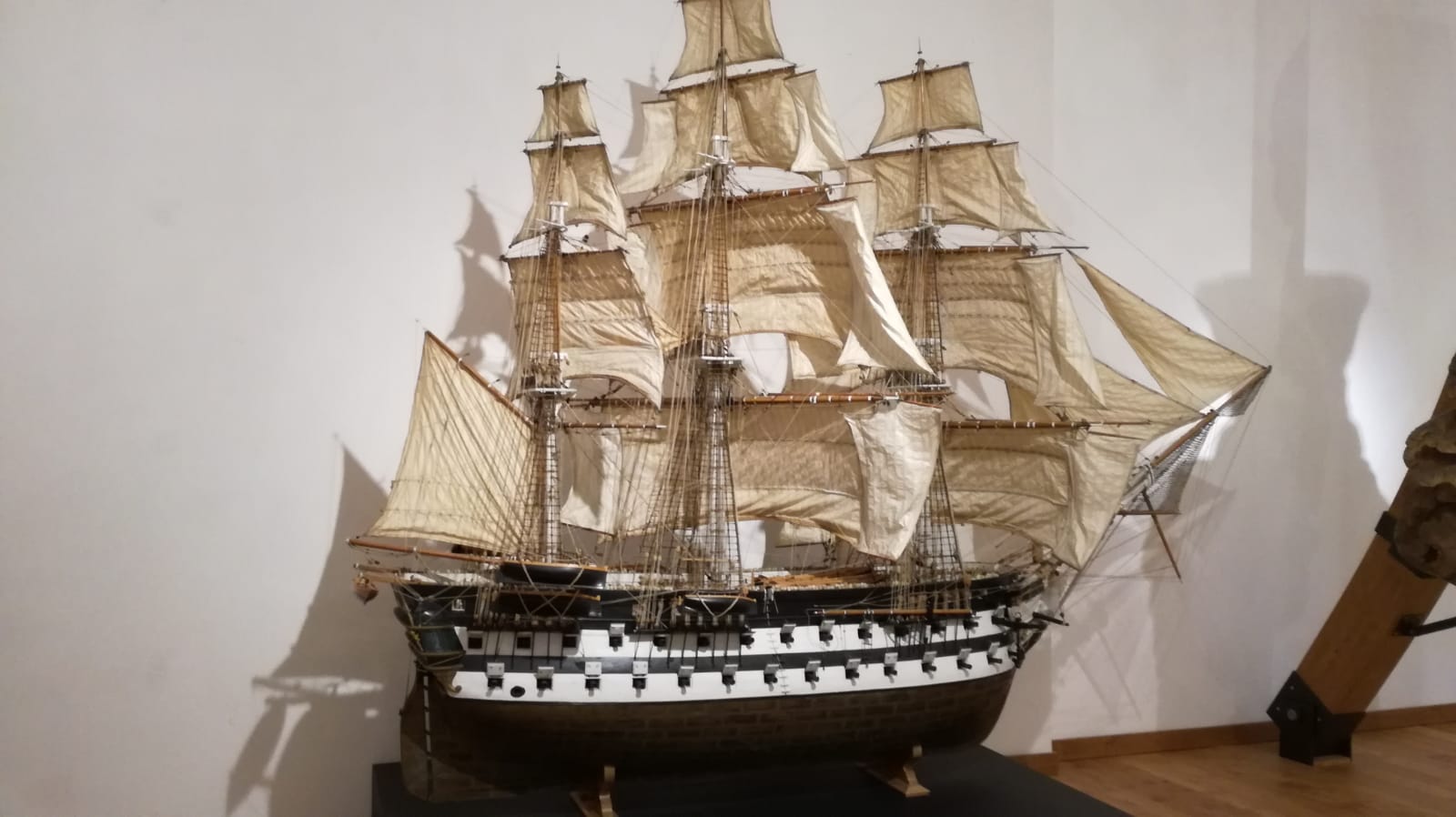 We use functional technical cookies necessary for the proper functioning of the site itself. With your consent we also use third-party cookies, to offer you a better browsing experience and to make statistics, by clicking on "Accept" you consent to the use of these cookies, alternatively you can refuse them by clicking on the "Refuse" button. You can change your consent at any time and get more information by consulting the settings

This website uses cookies to improve your experience while browsing the website. Of these, cookies classified as necessary are stored in your browser as they are essential for the functioning of the basic functionality of the website. We also use third party cookies. parts that help us analyze and understand how you use this website. These cookies will be stored in your browser only with your consent. You also have the option to disable these cookies. But disabling some of these cookies could affect your browsing experience.